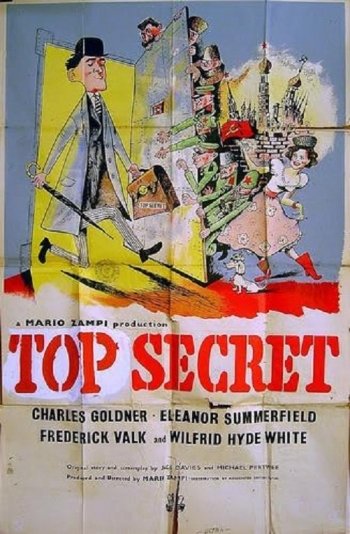 Info
Alpha Coders 1 Images
Interact with the Movie: Favorite I've watched this I own this Want to Watch Want to buy
Movie Info
Synopsis: A British Sanitary Engineer, leaves on vacation with a set of plans for a new secret weapon which he has mistaken for his new plumbing invention. Everyone is hunting for him, including the Russians. The Russkies find him and offer him a job in the Kremlin doing research (on plumbing he believes), he accepts, arrives in Russia and falls in love with Tania, a secret agent. And discovers the true nature of the plans he is carrying.