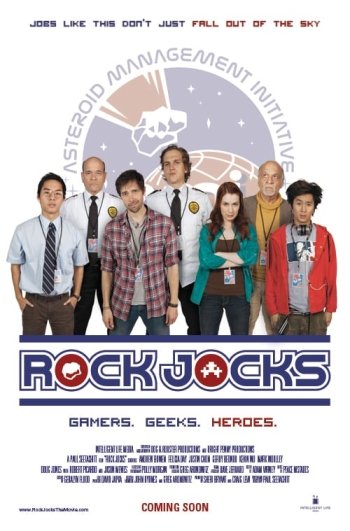 Info
Alpha Coders 1 Images
Interact with the Movie: Favorite I've watched this I own this Want to Watch Want to buy
Movie Info
Synopsis: Imagine asteroids so large that they can wipe out all life on the planet constantly bombarding the Earth. The only things standing in the way are the Rock Jocks, a top-secret band of government employees, who pilot asteroid-killing satellites. The story takes place during a Rock Jocks night shift. Though they are there to fight off asteroids, they spend most of the night fighting off boredom, themselves, and the occasional meddling government bureaucrat hell-bent on cutting their department’s budget.