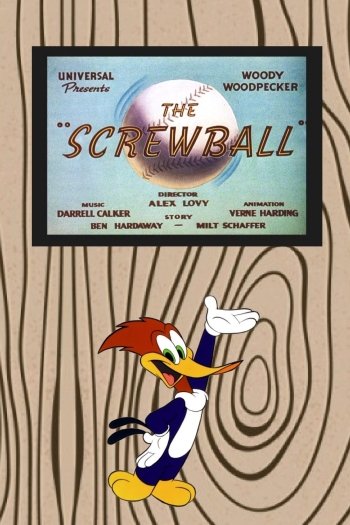 Info
Alpha Coders 1 Images
Interact with the Movie: Favorite I've watched this I own this Want to Watch Want to buy
Movie Info
Synopsis: It's the day of the big baseball game between the Drips and the Droops and Woody Woodpecker is trying to crash the gate and get in without paying for a ticket. A policeman keeps tossing him out but Woody puts on a baseball uniform---including a baseball-cap, since baseball players do not wear hats---gets inside and soon gets involved with the game. He ends up pinned to the scoreboard by a deluge of baseballs thrown by everybody in the ballpark.