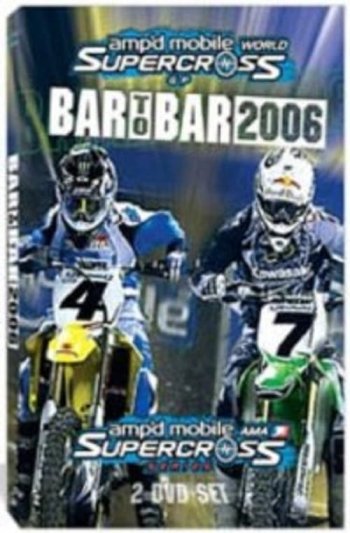 Info
1 Images
Interact with the Movie: Favorite I've watched this I own this Want to Watch Want to buy
Movie Info
Synopsis: It was the most hotly contested season in Supercross history, and Bar to Bar 2006 captures every minute of the action. Round by round, race by race, and lap by lap, relive all the best moments from the 2006 season of Supercross, including the world-class title fight between Ricky Carmichael, James Stewart, and Chad Reed!


Tagline: Bar to Bar 2006 – it’s the definitive document of Supercross!