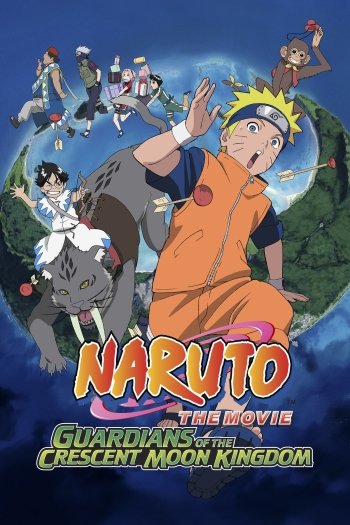 Naruto the Movie: Guardians of the Crescent Moon Kingdom

Info
Alpha Coders 1 Images
Interact with the Movie: Favorite I've watched this I own this Want to Watch Want to buy
Movie Info
Synopsis: Naruto Uzumaki, Kakashi Hatake, Sakura Haruno, and Rock Lee are assigned to protect the prince of the Land of the Moon, Michiru, during his world trip; other escorts had been hired, but quit due to being treated poorly. The Land of the Moon is a very wealthy nation, so Michiru tends to buy whatever he wants, and has a very materialistic worldview. His Hikaru, also acts in much the same manner.

The Place Promised in Our Early Days
Rikki-Tikki-Tavi