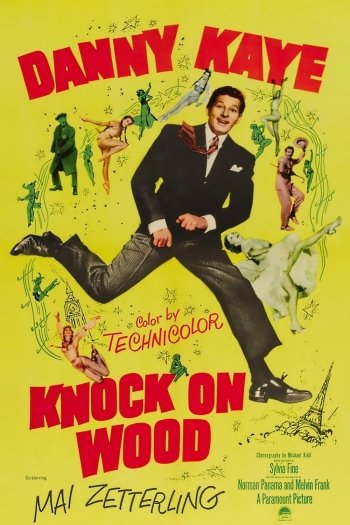 Info
1 Images
Interact with the Movie: Favorite I've watched this I own this Want to Watch Want to buy
Movie Info
Synopsis: Ventriloquist Jerry Morgan has failed with another love affair. The reason: when the relationship reaches the point when it is time to discuss marriage, his doll Clarence becomes mean and jealous. His fiancée Audrey leaves him and Jerry smashes his two dolls, Clarence and Terrence. Morgan's dollmaker Papinek is member of a spy ring who has stolen the secret plans to the top secret Lafayette airplane. Since Morgan is leaving for Zurich the same night, he decides to use Morgan's dolls as a mailbox and hides the secret plan in the heads of the dolls. Another secret spy ring also wants to get their hands on Jerry's luggage and they *also* follow him. Eventually, Jerry is chased by both these organizations as well as the police, who suspects him of murder.


Tagline: The No. 1 Song-and-Dance Clown at his best!