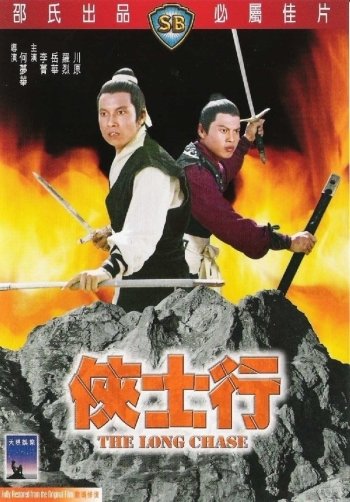 Info
Alpha Coders 1 Images
Interact with the Movie: Favorite I've watched this I own this Want to Watch Want to buy
Movie Info
Synopsis: Yueh Hua stars as an assassin who flees after killing a hated prime minister, with Lo Lieh as the relentless imperial guard who pursues him to a remote village being terrorized by bandits. When Yueh takes over the identity of a county officer newly assigned to the village, his ruse is assisted by a pretty innkeeper's daughter (Li Ching) who insists to Lieh that Yueh is indeed the county officer and happens also to be the cousin who was betrothed to her as a child. The confused innkeeper is persuaded by his daughter to support the ruse, thus delaying Lieh's efforts to arrest the wanted man.