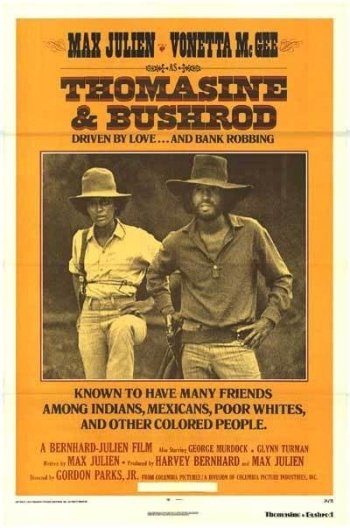 Info
1 Images
Interact with the Movie: Favorite I've watched this I own this Want to Watch Want to buy
Movie Info
Synopsis: A rare blaxploitation classic starring Vonette McGee & Max Julien, Thomasine & Bushrod was intended as a counterpart to Bonnie and Clyde. This pair of thieves, who operate in the American south between 1911 and 1915, pattern themselves after Robin Hood and hold the White Establishment as (a 'modern-day') Sheriff of Nottingham. Here's the clincher-- Thomasine and Bushrod steal from rich, white capitalists, then give to Mexicans, Native Americans and poor whites.