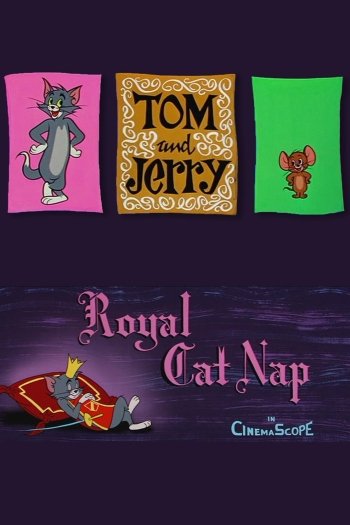 Info
Alpha Coders 1 Images
Interact with the Movie: Favorite I've watched this I own this Want to Watch Want to buy
Movie Info
Synopsis: Jerry and his little French mouse friend are raiding while the king sleeps. They awaken him; he calls for Tom, and delivers an ultimatum: One more sound from the mice, and it's off with Tom's head. The mice hear this, and team up to torment Tom. First, they drop piles of dishes on him; then, they cover the floor with tacks. In both cases, Tom dashes far away, then screams. Tom plugs the King's ears with champagne corks, but the little mouse clothespins his nose and mouth. Tom plays him to sleep with his violin. With the mice outside the room, Tom locks all the doors and swallows the key. They shoot an arrow through the lock into Tom's rear, and unable to get out, Tom screams in the room. The king is ready to lop off Tom's head, but the little mouse has mercy and sings him to sleep with Frère Jacques.