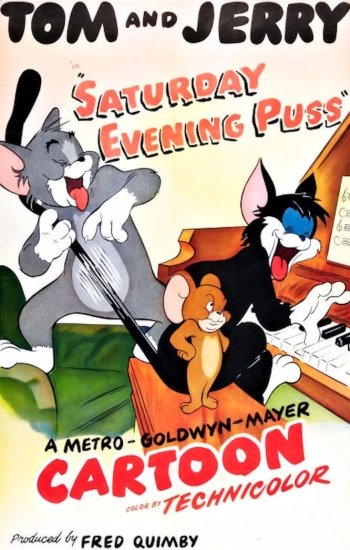 Info
Alpha Coders 1 Images
Interact with the Movie: Favorite I've watched this I own this Want to Watch Want to buy
Movie Info
Synopsis: Mammy's stepping out for the evening (to play cards, as it turns out). While she's way, the cats will play: in this case, Tom and three of his alley cat friends. Their music keeps Jerry awake, so he takes action. His first strike silences them only long enough for him to return to his hole. They lure him out by restarting the music, and the chase is on: four against one. Jerry holds out for a while, but is soon tied with the cord from the venetian blinds, and the cats resume. Jerry manages to crawl to the phone and call Mammy, who comes running and throws all four cats out. But Jerry's peace is short-lived: Mammy decides to salvage what's left of the evening by listening to some music.