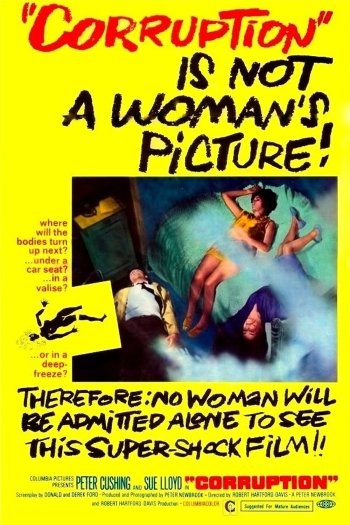 Info
2 Images
Interact with the Movie: Favorite I've watched this I own this Want to Watch Want to buy
Movie Info
Synopsis: A surgeon discovers that he can restore the beauty to his girlfriend's scarred face by murdering other women and extracting fluids from their pituitary gland. However, the effects only last for a short time, so he has to kill more and more women. It is ultimately a killing spree which ends with considerable death and disaster.

The Face of Marble

The Mad Doctor of Market Street