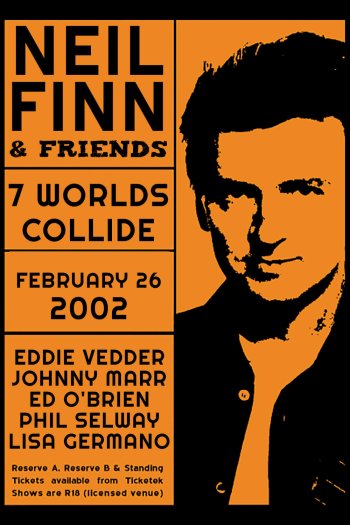 Info
1 Images
Interact with the Movie: Favorite I've watched this I own this Want to Watch Want to buy
Movie Info
Synopsis: Neil Finn brings together some of his musician friends from around the globe for an awesome series of concerts at the St. James theatre in Auckland, New Zealand. Includes performances with Johnny Marr, Eddie Vedder and Radiohead's Ed O'brien and Philip Selway. Along with kiwi artists Tim Finn and Betchadupa.

To Russia... With Elton

Standing in the Shadows of Motown

Scotch Mist: A Film with Radiohead in It

R.I.P. Rocket From the Crypt