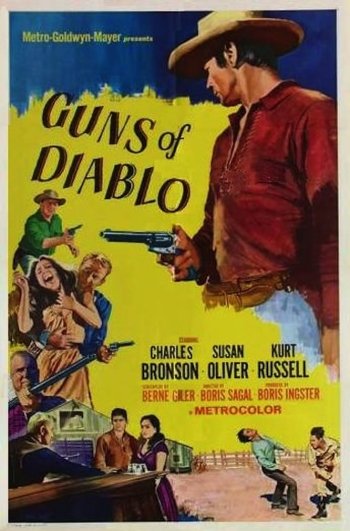 Info
Alpha Coders 1 Images
Interact with the Movie: Favorite I've watched this I own this Want to Watch Want to buy
Movie Info
Synopsis: Bronson and Russell are up against some bad guys who run the town to which the pair have gone for supplies. Bronson runs into an old girl friend, Oliver, who is now married to his enemy Merlin. Bronson had long ago broken Merlin's arm, and now the man wants revenge.

View the Full Cast of Guns of Diablo