Movie Abyss The Wizard of Oz 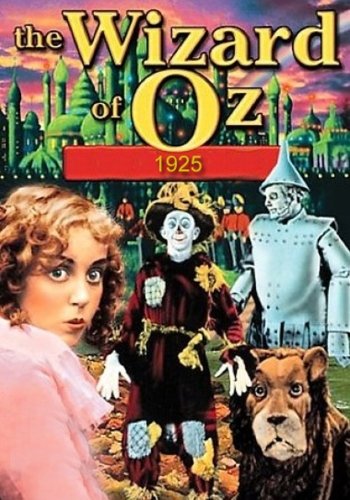 Info
1 Images
Interact with the Movie: Favorite I've watched this I own this Want to Watch Want to buy
Movie Info
Synopsis: Toymaker tells a bizarre story about how the Land of Oz was ruled by Prince Kynd, but he was overthrown by Prime Minister Kruel. Dorothy learns from Aunt Em that fat, cruel Uncle Henry is not her uncle, and gives her a note due on her eighteenth birthday, which reveals she is actually Princess Dorothea of Oz, and is supposed to marry Prince Kynd. She, Uncle Henry , and two farmhands are swept to Oz by a tornado. Snowball, a black farmhand soon joins them after a lightning bolt chases him into the sky. They land in Oz, where the farmhands try to avoid capture. Semon becomes a scarecrow, Hardy briefly disguises himself as a Tin Woodman, and Snowball is given a Lion suit by the Wizard, which he uses to scare the Pumperdink guards. Written by Scott Hutchins

Higglety Pigglety Pop! or There Must Be More to Life

I Believe in Santa Claus

Popolvar, Biggest in the World