Info
Alpha Coders 1 Wallpapers 20 Images
Interact with the Movie: Favorite I've watched this I own this Want to Watch Want to buy
Movie Info
Synopsis: After a chaotic night of rioting in a marginal suburb of Paris, three young friends, Vinz, Hubert and Saïd, wander around unoccupied waiting for news about the state of health of a mutual friend who has been seriously injured when confronting the police. 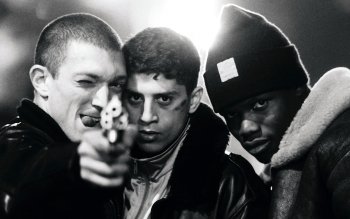