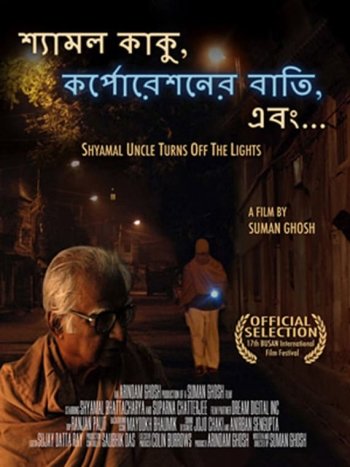 Shyamal Uncle Turns Off the Lights

Info
Alpha Coders 1 Images
Interact with the Movie: Favorite I've watched this I own this Want to Watch Want to buy
Movie Info
Synopsis: Shyamal Uncle, an eighty-year old retiree living with his wife in Paikpara (an old Kolkata neighborhood), notices one day that the street lights near his house are left on even during the day. He finds it unconscionable to let this waste go and decides to take action. He talks to a number of people - from the local vendor to the local political leader; from the electricity officer to the police officer. But no one even bothers to listen to him and he is given the runaround. Even his wife is skeptical of his endeavor. Drawing a contrast with the mundane existence of his personal life, the film is a story of Shyamal Uncle's journey as he fights the brush offs, insults, and skepticism with one single goal - turn off the lights.