Movie Abyss The Tiger Next Door 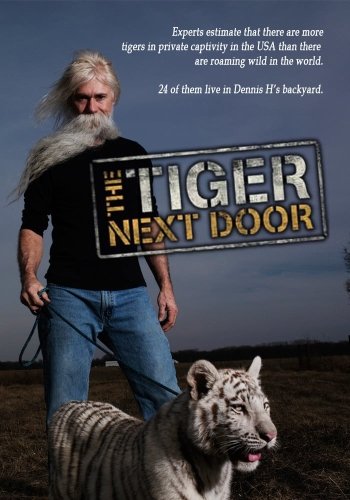 The Tiger Next Door

Info
Alpha Coders 1 Images
Interact with the Movie: Favorite I've watched this I own this Want to Watch Want to buy
Movie Info
Synopsis: The Tiger Next Door is a documentary film that tells the story of a man named Dennis Hill who has been breeding, and selling tigers from his backyard in Flat Rock, Indiana for over fifteen years. Tigers, and other big cats, are simultaneously an occupation and an obsession for Hill. As the film begins, Hill has 24 tigers, 3 bears, 6 leopards and one cougar. He claims to know exactly what they are thinking by the look in their eyes. He is especially consumed with the prospect of breeding a stripeless white tiger. But now, after a surprise government inspection, he’s lost the license that allowed him to keep exotic animals, and the state of Indiana is threatening to shut him down. He has just five days to find alternate homes for all but three of his brood and to bring his facilities up to code – or else lose what he considers to be his life’s work.