Info
1 Images
Interact with the Movie: Favorite I've watched this I own this Want to Watch Want to buy
Movie Info
Synopsis: First Movie Adaptation of Jerry Cotton. FBI agents Jerry Cotton and Phil Decker are tracing a group of six murderer. Disguised as a vagabond Jerry Cotton is sneaking into the gang. Kitty, the leaders girl-friend, soon becomes Jerry's most important helper. With her help he's able to prevent a bomb's explosion in a school. The deadly attack on a rich collector he can not prevent. The gangsters fled with the loot, and a hunt to the death begins ...

Death Is Nimble, Death Is Quick 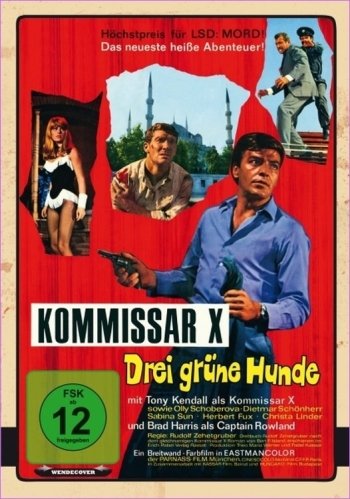