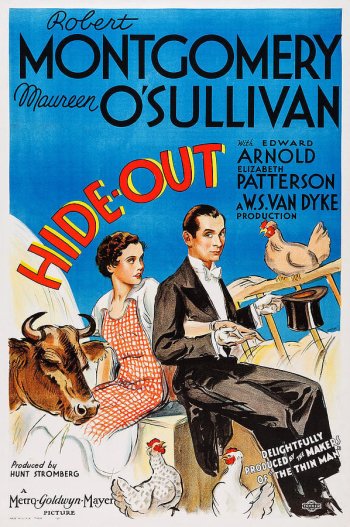 Info
Alpha Coders 1 Images
Interact with the Movie: Favorite I've watched this I own this Want to Watch Want to buy
Movie Info
Synopsis: Wounded criminal Lucky Wilson (Robert Montgomery) takes refuge in a small Connecticut farm. He falls in love with Maureen O'Sullivan, who at first is unaware of his criminal record. Lucky is fully prepared to shoot his way out when the cops come calling, but he is softened by O'Sullivan's affections. Screenwriters Frances Goodrich and Albert Hackett leaven several potentially melodramatic sequences with some first-rate comic dialogue; many of the funniest scenes belong to nightclub owners Henry Armetta and Hermann Bing.


Tagline: Delightfully Produced By The Makers Of