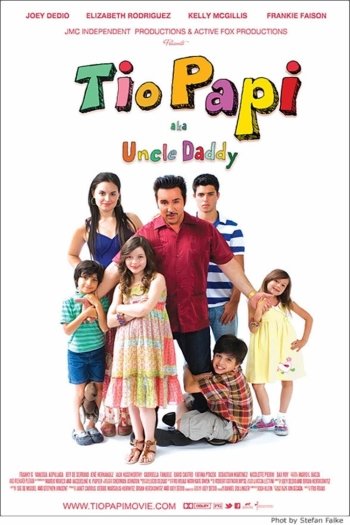 Info
Alpha Coders 1 Images
Interact with the Movie: Favorite I've watched this I own this Want to Watch Want to buy
Movie Info
Synopsis: It was a bachelor’s life for hard-working and fun-loving Ray Ray Dominguez (Joey Dedio) who dreamt of leaving the barrio for a more carefree existence in Miami. That’s until one day when everything changed – and he became a reluctant “Tio Papi” aka Uncle Daddy to his sister’s six children ages 6 to 16. Now, in charge of raising this energetic (and expensive) clan, Ray Ray must make important decisions on what life really is all about. Combining heart-warming drama with light-hearted comedy, TIO PAPI, directed by Fro Rojas from the original screenplay by Joey Dedio and Brian Herskowitz, is an upbeat story of life’s unexpected surprises and ultimately what matters the most – the love of family.