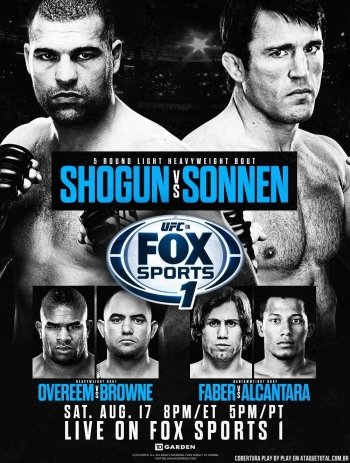 Info
Alpha Coders 1 Images
Interact with the Movie: Favorite I've watched this I own this Want to Watch Want to buy
Movie Info
Synopsis: The event will be the first UFC event broadcast on Fox Sports 1. The main event is expected to be contested between former UFC Light Heavyweight Champion, Maurício Rua and Chael Sonnen. The bout was first linked to UFC 161, as Sonnen was briefly mentioned as a short notice replacement for Rua's original opponent Antônio Rogério Nogueira, who had bowed out of the bout with a back injury. Sonnen's status as a felon created travel issues to get into Canada, resulting in Rua being pulled from the event altogether.