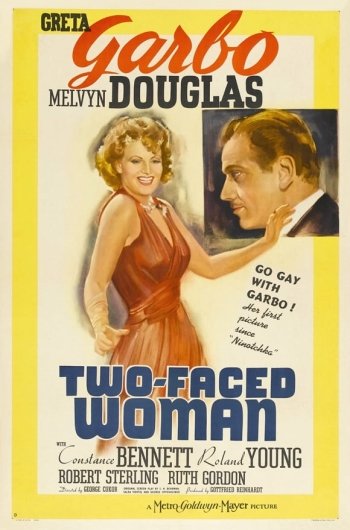 Info
Alpha Coders 1 Images
Interact with the Movie: Favorite I've watched this I own this Want to Watch Want to buy
Movie Info
Synopsis: While at a ski lodge, Larry Blake sees instructor Karin Borg and decides to sign up for private lessons. The next thing he knows, she is Mrs. Blake. When he announces that he is going back to work on his magazine in New York the next day, Karin refuses to go with him. She later comes to New York, buys expensive clothes, and goes to meet him when she sees he is with old flame Griselda. Caught by Blake's business partner, O.O. Miller, before she can leave, she explains that she is really Karin's twin sister Katherine. Hard to believe, but that is what she tries to make everyone, including Larry, believe. Larry, however, has serious doubts, but plays the game to the hilt as the worldly Katherine tries to take him away from both Griselda and Karin.


Tagline: Love-laughs explode all over the place when Garbo plays twin sisters, and Melvyn Douglas loves both of them!