Movie Abyss Dance Me Outside 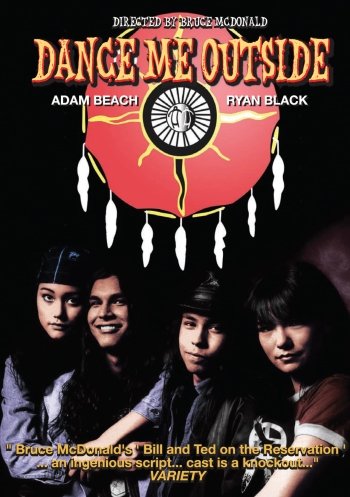 Info
1 Images
Interact with the Movie: Favorite I've watched this I own this Want to Watch Want to buy
Movie Info
Synopsis: Explores the sensitive, and tense, relationship between life on an First Nations reservation and life in the outside world. When Native Canadian Silas Crow is forced to write a personal essay in order to get a much-desired job, he tells the story of the rape and murder of an Indian girl by a drunken thug. When the killer received a lenient two-year sentence for manslaughter, the First Nations community felt shock and anger -- and tried desperately to deal with the after-effects of this lack of justice.


Tagline: After the party's over, real life kicks into gear.

View the Full Cast of Dance Me Outside