Info
1 Wallpapers
Interact with the Movie: Favorite I've watched this I own this Want to Watch Want to buy
Movie Info
Synopsis: Robin Williams stars as Lance Clayton, a man who has learned to settle. He dreamed of being a rich and famous writer, but has only managed to make it as a high school poetry teacher. His only son Kyle (Daryl Sabara) is an insufferable jackass who won’t give his father the time of day. He is dating Claire (Alexie Gilmore), the school’s adorable art teacher, but she doesn’t want to get serious --


Tagline: Lance Clayton is about to get everything he deserves. 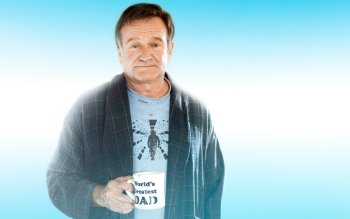