Movie Abyss Wrath of the Ninja: The Yotoden Movie 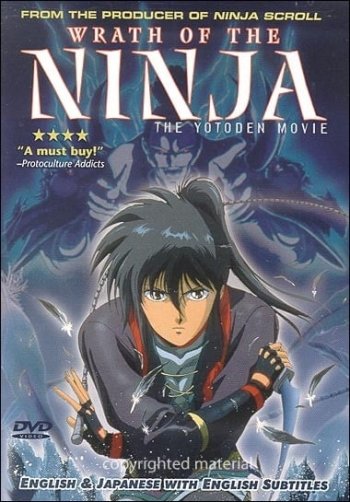 Wrath of the Ninja: The Yotoden Movie

Info
1 Images
Interact with the Movie: Favorite I've watched this I own this Want to Watch Want to buy
Movie Info
Synopsis: The year is 1580, and the unholy armies of Lord Nobunaga Oda spread across Japan, murdering all who oppose them. Narrowly escaping the slaughter of her clan, a young ninja steals into the shadows. She is the last of her kind, and the dagger she wields is one of three mystical blades that can end Lord Oda's rule. On her quest to overthrow the tyrant, she is joined by two other renegade ninja, possessors of the sacred sword and spear. Together, these shadow warriors must unite their weapons and skills to fulfill the Prophesy of the Enchanted Swords... or die trying.

View the Full Cast of Wrath of the Ninja: The Yotoden Movie