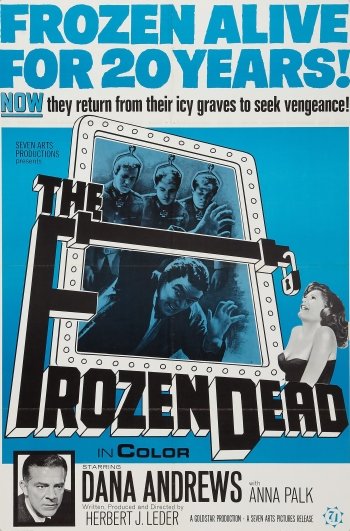 Info
1 Images
Interact with the Movie: Favorite I've watched this I own this Want to Watch Want to buy
Movie Info
Synopsis: A crazed scientist keeps the heads of Nazi war criminals alive until he can find appropriate bodies on which to attach them so he can revive the Third Reich.


Tagline: Chiller Of The Year! Fiends frozen dead at the height of their diabolical powers and brought back alive years later

View the Full Cast of The Frozen Dead