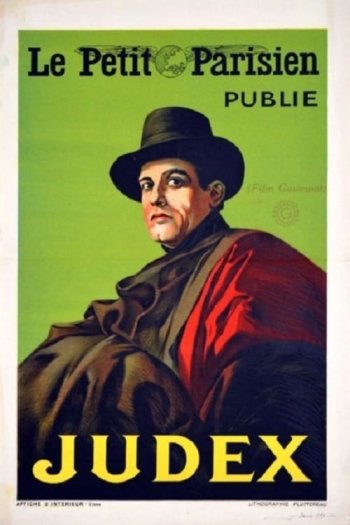 Info
Alpha Coders 1 Images
Interact with the Movie: Favorite I've watched this I own this Want to Watch Want to buy
Movie Info
Synopsis: Director Louis Feuillade won fame and critical acclaim with his early crime serials, Fantômas (1913-14) and Les Vampires (1915). These episodic films were hugely popular, but they also brought Feuillade a fair amount of criticism from the bourgeois establishment, who accused him of glorifying crime and making heroes of criminals. Feuillade’s well-meaning response to this brow-beating was another serial, the 12-part epic entitled Judex. The Plot: When his family is ruined by the unscrupulous banker Favraux, Jacques de Tremeuse resolves to bring him to justice. Adopting a disguise and the name Judex, he captures the crooked banker and takes him to his secret lair. Learning of Favraux’s dishonest ways, his daughter Jacqueline gives away his wealth when she learns of his death. This infuriates a pair of ruthless crooks, Diana Monti and Moralés, who immediately swear to take revenge on Jacqueline, and her protector, Judex.