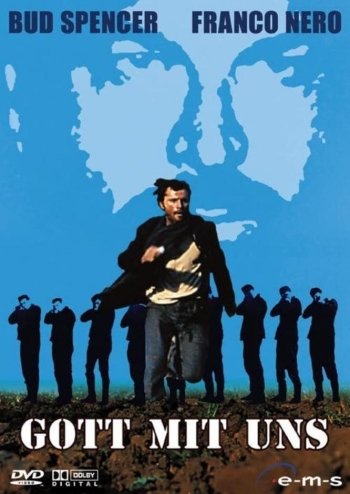 Info
1 Images
Interact with the Movie: Favorite I've watched this I own this Want to Watch Want to buy
Movie Info
Synopsis: Two German deserting soldiers, Ens. Bruno Grauber (Franco Nero) and Cpl. Reiner Schultz (Larry Aubrey) are trying to avoid capture by the Canadian and Yugoslavian armies entering Auschwitz at the end of World War II. They are captured. Their fellow German prisoners of war, led by von Bleicher, discover that they are deserters. They are put through a formal trial for cowardice organised by von Bleicher. They are sentenced to death on the "fifth day of peace". A Canadian General, Snow, persuades (but does not command) the Canadian officer in charge of the prisoner of war camp, Captain Miller, to allow the execution to be carried out for the higher purpose of preserving army discipline. He also motivates Miller with a promotion to Major.