Movie Abyss The Twilight of the Gods 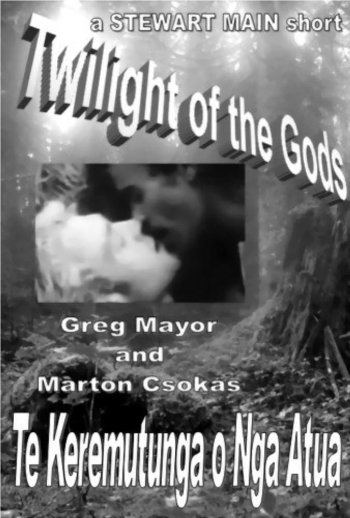 The Twilight of the Gods

Info
Alpha Coders 1 Images
Interact with the Movie: Favorite I've watched this I own this Want to Watch Want to buy
Movie Info
Synopsis: A Maori warrior comes upon the aftermath of a battle to find that the only survivor is a wounded enemy soldier. His wishes to avenge his fallen countrymen by finishing off this helpless enemy but the gods won't allow it (as conveyed to him through a spirit bird). Anguished that he must instead treat the soldier's wounds, he's further repelled by the soldier's incessant homosexual advances. Slowly and surprisingly, a change comes over the warrior to accept the soldier's advances, but the war all too soon intrudes upon them.