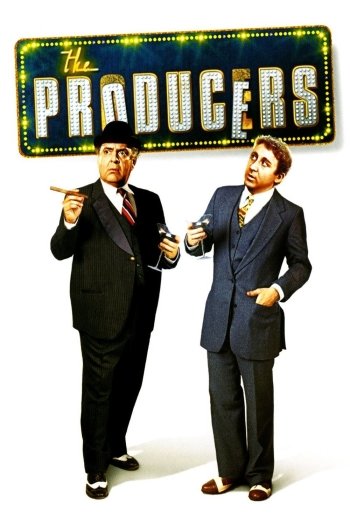 Info
Alpha Coders 2 Images
Interact with the Movie: Favorite I've watched this I own this Want to Watch Want to buy
Movie Info
Synopsis: Broadway producer, Max Bialystock and his accountant, Leo Bloom plan to make money by charming little old ladies to invest in a production many times over what it will actually cost, and then put on a sure-fire flop, so nobody will ask for their money back – and what can be a more certain flop than a tasteless musical celebrating Hitler.

The Producers
The Crime Nobody Saw

My Uncle Rafael
Gasbags
Hitler, a Career
Hitler: A Film from Germany
Quicksand