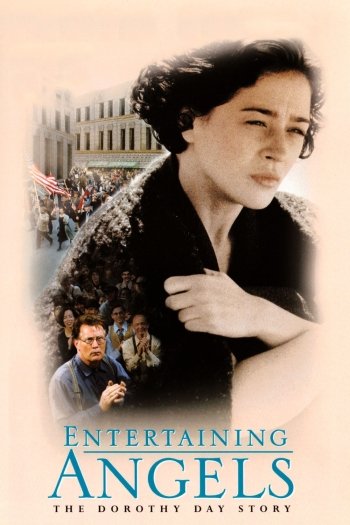 Info
1 Images
Interact with the Movie: Favorite I've watched this I own this Want to Watch Want to buy
Movie Info
Synopsis: "Entertaining Angels" is an interesting title for this movie about the 1920's and 30's social activist, Dorothy Day, for it can be regarded that what this woman did, sometimes single-handedly, always controversially, in her fight against social injustice would, indeed, be wonderful entertainment for angels... or it could mean that her work was for the benefit of the 'angels' at the bottom of the social ladder for whom she fought daily against those who would hold them down... this included her work as a suffregette. However it is meant, this film captures much of the real-life drama that took place on big city streets, and of the very personal trials which eventually led her to convert to roman Catholicism, and a dedication to helping the poor.