Movie Abyss The House of Rothschild 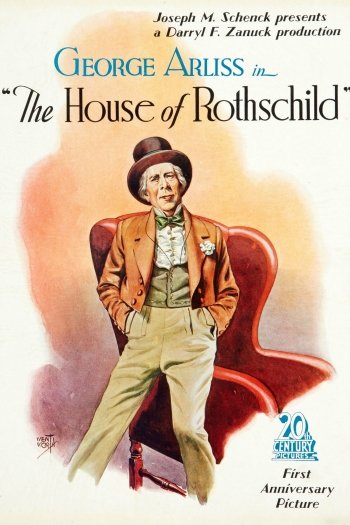 The House of Rothschild

Info
1 Images
Interact with the Movie: Favorite I've watched this I own this Want to Watch Want to buy
Movie Info
Synopsis: The story of the rise of the Rothschild financial empire founded by Mayer Rothschild and continued by his five sons. From humble beginnings the business grows and helps to finance the war against Napoleon, but it's not always easy, especially because of the prejudices against Jews.