Movie Abyss The Return of the Vampire 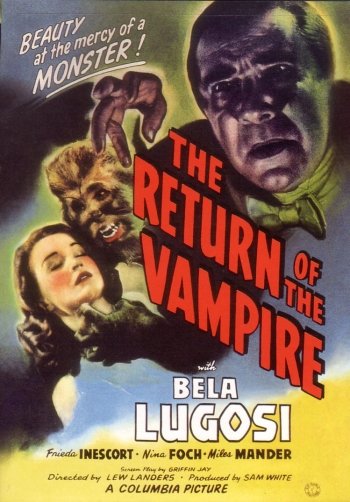 The Return of the Vampire

Info
1 Images 1 Gifs
Interact with the Movie: Favorite I've watched this I own this Want to Watch Want to buy
Movie Info
Synopsis: In 1918, an English family is terrorized by a vampire, until they learn how to deal with it. They think their troubles are over, but German bombs in WWII free the monster. He reclaims the soul of his wolfman ex-servant, and assuming the identity of a scientist who has just escaped from a concentration camp, he starts out on a plan to get revenge upon the family.


Tagline: The Vampire's Prey... a Beautiful Girl! Compelled to follow his commands! The blood of her fiancé on his hands! How can she escape the vampire?

Grave of the Vampire

Island of the Doomed