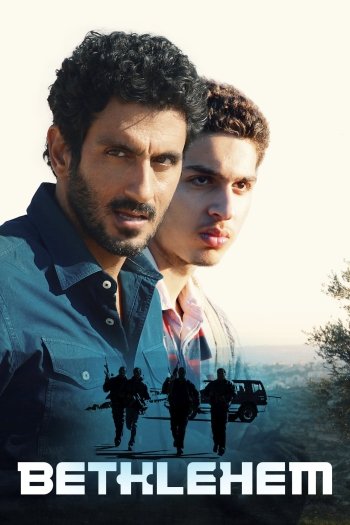 Info
1 Images
Interact with the Movie: Favorite I've watched this I own this Want to Watch Want to buy
Movie Info
Synopsis: Bethlehem tells the story of the unlikely bond between Razi, an Israeli secret service officer, and his Palestinian informant Sanfur, the younger brother of a senior Palestinian militant. Razi recruited Sanfur when he was just 15, and developed a very close, almost fatherly relationship to him. Now 17, Sanfur tries to navigate between Razi’s demands and his loyalty to his brother, living a double life and lying to both men. Co-written by director Yuval Adler and Ali Waked—an Arab journalist who spent years in the West Bank—Bethlehem gives an unparalleled, moving and authentic portrait of the complex reality behind the news.


Tagline: When you are playing both sides, who do you trust?