Movie Abyss 700 Days of Battle: Us vs. the Police 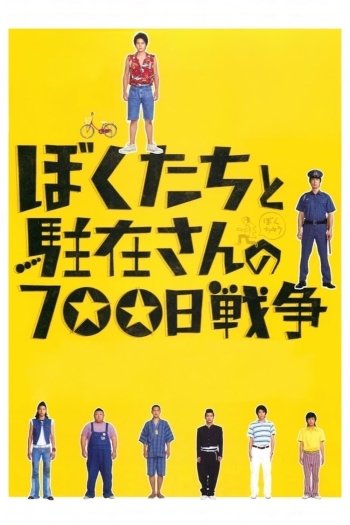 Info
1 Images
Interact with the Movie: Favorite I've watched this I own this Want to Watch Want to buy
Movie Info
Synopsis: Set on the backdrop of 1979 a group of troublemaking teenagers led by Mamachari (Hayato Ichihara) decide to prank Chuzai-san (Kuranosuke Sasaki) the local police officer who caught Mamachari’s friend Saijo (Takuya Ishida) for speeding on his scooter, Chuzai-san gets them suspended from school which only causes the teenagers to retaliate, They discover that Chuzai-san is married to an attractive woman named Kanako (Kumiko Aso) only making their pranks worse.

Feu a Volante
Game Out