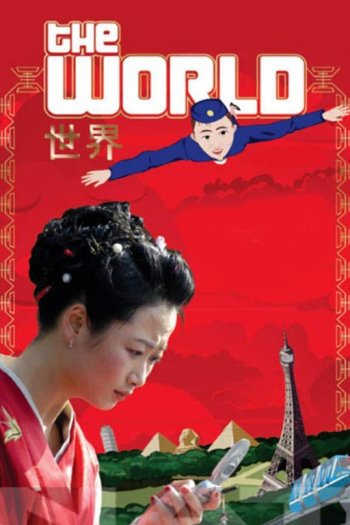 Info
1 Images
Interact with the Movie: Favorite I've watched this I own this Want to Watch Want to buy
Movie Info
Synopsis: “The World” is a theme park on the outskirts of Beijing, sixteen kilometers from the Chinese capital, designed around scaled representations of the world’s famous landmarks such as the Eiffel Tower or the Leaning Tower of Pisa.The site is seen here not from the visitors’ point of view but through the eyes of a few of its staff, lonely people, communicating poorly, a bit disillusioned with life, glittering for the tourists but dull and restricted as far as they are concerned.

View the Full Cast of The World