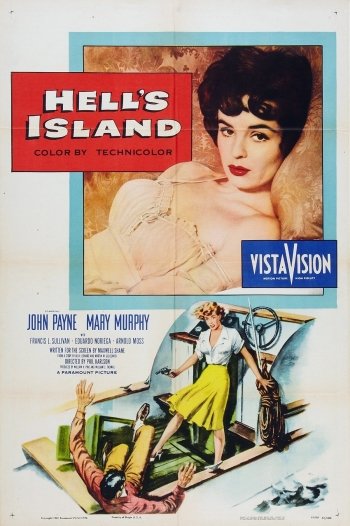 Info
Alpha Coders 1 Images
Interact with the Movie: Favorite I've watched this I own this Want to Watch Want to buy
Movie Info
Synopsis: After being dumped by his fiancée, hard-drinking and depressed Mark Cormack (John Payne) loses his job in the Los Angeles district attorney's office and serves as bouncer in a Las Vegas casino. A wheelchair-using stranger Barzland (Francis L. Sullivan) hires him to locate a ruby that disappeared in a Caribbean plane crash. He lures Cormack into doing the job by telling him it may be in the possession of the very woman who jilted him. The ex-detective flies to remote island Santo Rosario to find the stone and investigate the mystery. When he finds his old flame he finds that her husband is in prison. Cormack, again falling for Janet, is convinced into helping him break out of jail. But Janet has other plans.