Movie Abyss This Is the Army 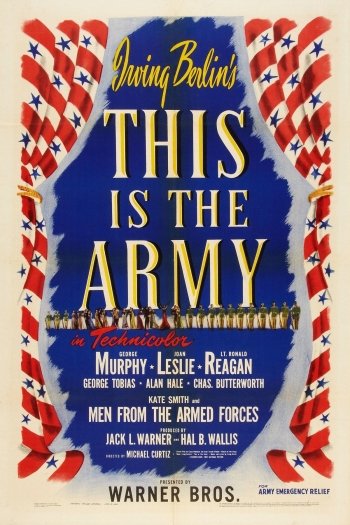 This Is the Army

Info
1 Images
Interact with the Movie: Favorite I've watched this I own this Want to Watch Want to buy
Movie Info
Synopsis: In WW I dancer Jerry Jones stages an all-soldier show on Broadway, called Yip Yip Yaphank. Wounded in the War, he becomes a producer. In WW II his son Johnny Jones, who was before his fathers assistant, gets the order to stage a knew all-soldier show, called THIS IS THE ARMY. But in his pesonal life he has problems, because he refuses to marry his fiancée until the war is over.


Tagline: It's your own army - in the army's own show!

View the Full Cast of This Is the Army

The Call of the River

The Battle of Okinawa