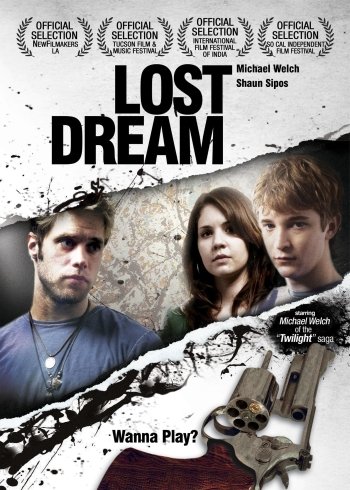 Info
1 Images
Interact with the Movie: Favorite I've watched this I own this Want to Watch Want to buy
Movie Info
Synopsis: Perry Roberts is about to graduate from a prestigious private college. The son of a corrupt Congressman, Perry has lost faith in all the things he held true - his family, girlfriend, and the American Dream. He finds himself emotionally bereft and depressed. In search of self-discovery, Perry meets Giovanni, an art student with an unrealized gift, Giovanni is Perry's polar opposite. Raised by abusive parents and placed into a series of foster homes, Giovanni is brooding and nihilistic. He lives in an altered state full of drugs and sex, capped by a deadly game with a gun and a single bullet!


Tagline: Two souls lost... a friendship discovered... a dream that cannot be forgotten.