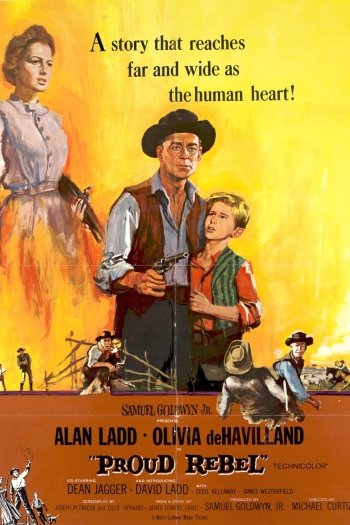 Info
1 Images
Interact with the Movie: Favorite I've watched this I own this Want to Watch Want to buy
Movie Info
Synopsis: Searching for a doctor who can help him get his son to speak again--the boy hadn't uttered a word since he saw his mother die in the fire that burned down the family home--a Confederate veteran finds himself facing a 30-day jail sentence when he's unfairly accused of starting a brawl in a small town. A local woman pays his fine, providing that he works it off on her ranch. He soon finds himself involved in the woman's struggle to keep her ranch from a local landowner who wants it--and whose sons were responsible for the man being framed for the fight.


Tagline: A story that reaches far and wide as the human heart!