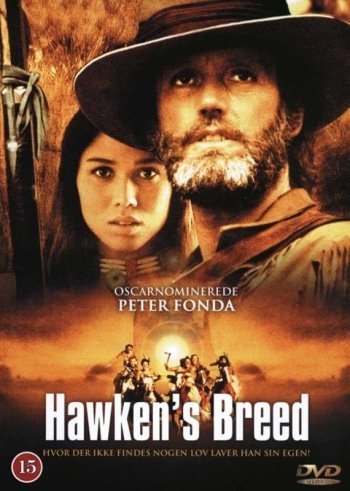 Info
1 Images
Interact with the Movie: Favorite I've watched this I own this Want to Watch Want to buy
Movie Info
Synopsis: Hawken is a rugged drifter and loner who meets and comes to rescue a young Shawnee woman, named Spirit in 1840s Tennessee, whom he leaves after saving her from a rouge group of Shawnee Indians. After taking up residence with an old fur trapper and old friend named Jeb Kline, Hawken later meets Spirit again whom runs away from a local fur trader named Tackett, whom she is sold to. Soon, Hawken is up against Tackett and a posse of hired killers, as well as a greedy and racist land owner, named Hickman, who's long abused son Noel whom narrates the entire story, comes to his and Spirit's aid to help them survive.