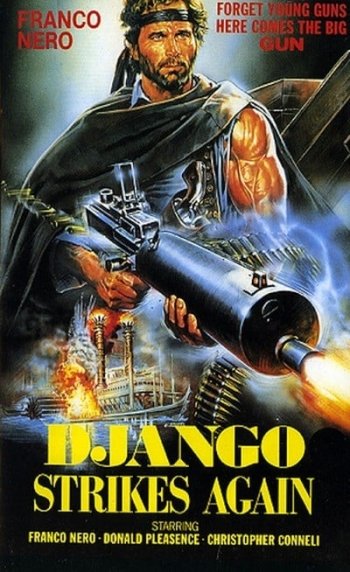 Info
1 Images
Interact with the Movie: Favorite I've watched this I own this Want to Watch Want to buy
Movie Info
Synopsis: Former gunfighter Django has become a monk and abandoned his violent former ways. His daughter is kidnapped by rogue Hungarian soldiers using slave labor to run a silver mine. Django casts off his habit and digs up his machine gun to practice a little liberation theology.