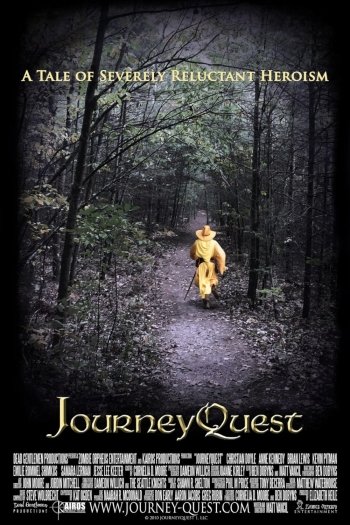 Info
Alpha Coders 1 Images
Interact with the Movie: Favorite I've watched this I own this Want to Watch Want to buy
Movie Info
Synopsis: Following a group of dysfunctional adventurers on a quest to discover and destroy the mythical Sword of Fighting, JOURNEYQUEST is a comedic adventure through the fantasy world of Fartherall, where intellectual orcs, incompetent wizards, and holy zombies form the living (and not-so-living) backdrop to an epic story of unrequited love, burning passions, and severely reluctant heroism. And running away. Lots of running away…

View the Full Cast of JourneyQuest

One Piece: The Movie
Tracing Shadow

Without a Paddle
Attack of the Kurds
Zombies of Mora Tau
DuckTales: The Treasure of the Golden Suns
Treasure of Silver Lake