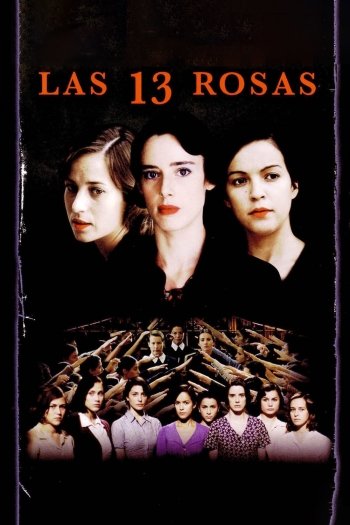 Info
Alpha Coders 1 Images
Interact with the Movie: Favorite I've watched this I own this Want to Watch Want to buy
Movie Info
Synopsis: True story of thirteen totally normal young women that suffered harsh questioning and were put in prison under made up charges of helping the rebellion against Franco back in the 1940s. Despite of their innocence, the thirteen were soon executed without even a trace of evidence of any wrong doing.

View the Full Cast of The 13 Roses