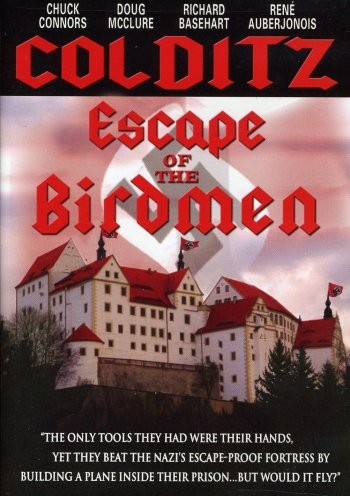 Info
1 Images
Interact with the Movie: Favorite I've watched this I own this Want to Watch Want to buy
Movie Info
Synopsis: During WWII an American soldier sent to Norway to help with the escape of a scientist working on the atomic bomb for the Germans. Before they can escape they are captured and sent to a POW prison camp in an alpine castle. Cook must find a way to escape with the scientist before the Gestapo discover the Norwegian's true identity and convinces the other prisoners to build a two person glider in which they plan to escape.


Tagline: They used to boast there were only two ways to escape from Hitler's Beckstadt prison... to die...or to sprout wings

The Man from Dakota