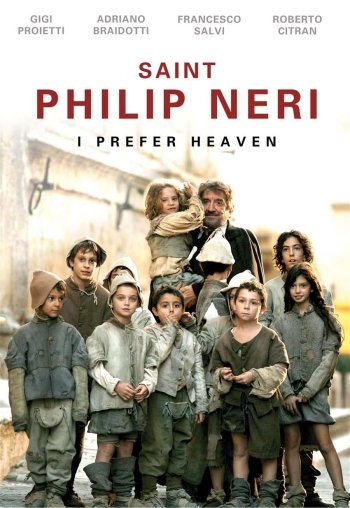 Info
1 Images
Interact with the Movie: Favorite I've watched this I own this Want to Watch Want to buy
Movie Info
Synopsis: An epic feature film on the famous "Apostle of Rome" and great friend of youth in the 16th century. One of the most popular saints of all time, St. Philip Neri was widely known for his great charity, deep prayer life, and tremendous humor. Hoping to join St. Ignatius of Loyola's new order of Jesuits and be a missionary to India, Philip was instead guided by Providence to seek out the poor and abandoned youth of Rome to catechize them in the faith and help them find a better life. He became the founder of the religious congregation, the Oratory, that worked with the youth and also labored to re-evangelize a decadent Rome.

A Love in Germany
Der Kinoerzähler

God Does Not Believe in Us Anymore