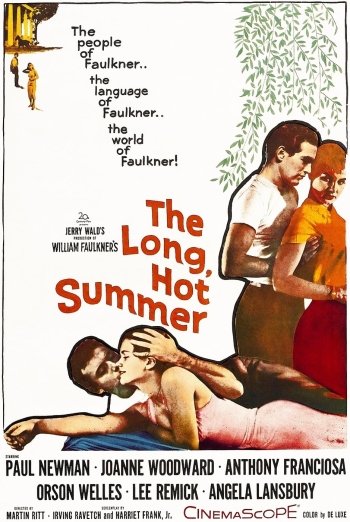 Info
1 Images
Interact with the Movie: Favorite I've watched this I own this Want to Watch Want to buy
Movie Info
Synopsis: Ben Quick arrives in Frenchman's Bend, MS after being kicked out of another town for allegedly burning a barn for revenge. Will Varner owns just about everything in Frenchman's Bend and he hires Ben to work in his store. Will thinks his own son, Jody, who manages the store, lacks ambition and despairs of him getting his wife, Eula, pregnant. Will thinks his daughter, Clara, a schoolteacher, will never get married. He decides that Ben Quick might make a good husband for Clara to bring some new blood into the family


Tagline: The red-hot lowdown on a southern family...that people talked about in whispers!

View the Full Cast of The Long, Hot Summer