Movie Abyss The Remains of the Day 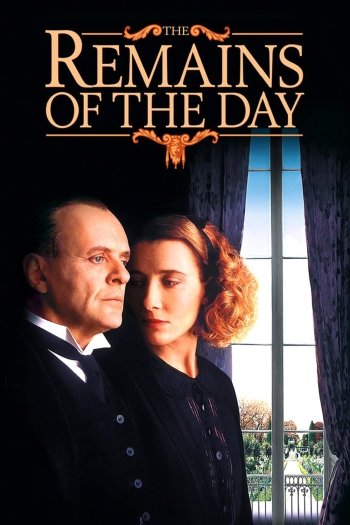 The Remains of the Day

Info
Alpha Coders 1 Images
Interact with the Movie: Favorite I've watched this I own this Want to Watch Want to buy
Movie Info
Synopsis: A rule bound head butler's world of manners and decorum in the household he maintains is tested by the arrival of a housekeeper who falls in love with him in post-WWI Britain. The possibility of romance and his master's cultivation of ties with the Nazi cause challenge his carefully maintained veneer of servitude.