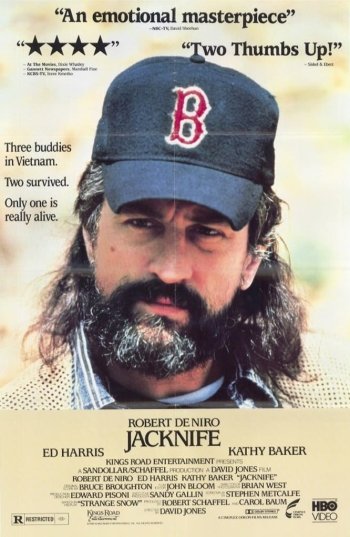 Info
1 Images
Interact with the Movie: Favorite I've watched this I own this Want to Watch Want to buy
Movie Info
Synopsis: A conflict develops between a troubled Vietnam veteran and the sister he lives with when she becomes involved romantically with the army buddy who reminds him of the tragic battle they both survived.


Tagline: Three buddies in Vietnam. Two survived. Only one is really alive.