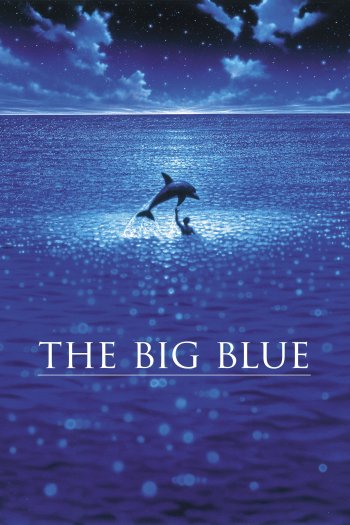 Info
15 Images
Interact with the Movie: Favorite I've watched this I own this Want to Watch Want to buy
Movie Info
Synopsis: Two men answer the call of the ocean in this romantic fantasy-adventure. Jacques (Jean-Marc Barr) and Enzo (Jean Reno) are a pair of friends who have been close since childhood, and who share a passion for the dangerous sport of free diving. Professional diver Jacques opted to follow in the footsteps of his father, who died at sea when Jacques was a boy; to the bewilderment of scientists, Jacques harbors a remarkable ability to adjust his heart rate and breathing pattern in the water, so that his vital signs more closely resemble that of dolphins than men (he even considers a school of dolphins as his extended family). As Enzo persuades a reluctant Jacques to compete against him in a free diving contest -- determining who can dive deeper and longer without scuba gear -- Jacques meets Johana (Rosanna Arquette), a beautiful insurance investigator from America, and he finds that he must choose between his love for her and his love of the sea.